The Second Wave of Digitalization

Market scenarios and recommendations for operators

We believe that businesses and corporations will very soon be confronted by a second major wave of digitalization competition. This wave will fundamentally change the general conditions of competition while presenting the various players with new options for action.

Consequences of the second wave

This second wave will have no less of an effect on network operators than the first wave of digitalization competition. When we now look back, we see that network operators were sailing in calm waters before the first wave. The tight meshing of the vertical added-value stages and the high barriers to market entry guaranteed stable revenues and high margins. The number of competitors was comfortably low, and all control points in the direction of the customers were in the hands of the carriers. Not having a network meant not being able to offer telecommunications services. This changed abruptly with the introduction of the IP protocol and the associated decoupling of network and service. If we want to designate an iconic moment as the trigger for the first wave of digitalization, we would have to say it was Apple’s launch of the iPhone in 2007. During this first wave, network operators lost some of their control over the service level and, with it, their exclusivity at the customer interface. The so-called OTT players began their triumphant campaign by offering innovative and inexpensive (sometimes even free) services or app worlds and fascinating devices, financed solely by the disclosure of data. Network operators benefited from these developments by improving the marketability of broadband mobile and fixed networks.

The second wave of digitalization competition will roll in under completely different conditions. Whereas during the first wave of digitalization competition the internet giants achieved their success in the almost total absence of regulatory conditions and industrial policy ambitions, the second wave will be restricted by a much more heavily regulated environment. Regulation will become more horizontal instead of vertical while taking into account the vanishing boundaries between industries. All important legal areas will be adapted to incorporate the conclusions drawn from the experience of the first wave, including its negative aspects. These legal areas include competition law, tax law, media law, consumer protection, criminal law, or previous regulations with more of a vertical orientation and focus on specific sectors. The significance of this second wave for the future prosperity of nations and generations will lead to further industrial policy initiatives that are likely to fuel the technological developments outlined above. If, in the future, we decide to look for the iconic moment that triggered this second wave, we might consider the Cambridge Analytica scandal as a likely candidate because this data scandal dramatically revealed the risks of the data-centric business models of the major internet players to a broad public and sparked worldwide reactions and debates about fundamental principles.

Positioning of network operators in the second wave

Telecommunications companies have a special role to play. For one, they must themselves work intensively to exploit the associated opportunities and manage the risks. Yet they also provide the indispensable basis for the digitalization of other industries and entire national economies: their infrastructures.

Detecon is addressing the question of how network operators will be able to position themselves successfully and sustainably against their competition in the setting of these future conditions. As we see it, the second wave of digitalization competition will bring with it more opportunities than risks for carriers. Network operators basically have the choice between a more infrastructure-oriented business, which we call “digital infra provider,” or a business model that continues to include the service layer and that we have named “network centric digital service provider.” The various positioning options can be mapped along an added-value chain between end points defined as the extremes of these two positioning alternatives.

Which of the various alternatives – or a positioning between these two extreme points – will be viable for an individual carrier depends largely on its available assets and ambitions. The core assets here obviously include the network. Ideally, network operators have both mobile and fixed network domains. The synergies between these two domains in production – network planning, roll-out, and operation – as well as in the provision of services to customers are huge. The degree of network integration is a key comparative competitive advantage. Much the same is true of simultaneous presence on the private and business customer markets. Here, too, success on the one is a prerequisite for success on the other. Other important assets include brand strength and market share as well as the sheer size of the markets. These factors influence negotiating power vis-à-vis suppliers and partners. Last, but not least, variances among the aspects of the network operator’s financial strength are critical when making the decision about positioning in one direction or another.

We believe that carriers must use seven levers on their way to successful future positioning during this second wave of digitalization competition. This is the nucleus of our Future Telco story.

The first lever is aimed at the efficient exploitation of synergies among integrated networks. The second lever focuses on modern network concepts to realize efficiency, flexibility, and automation in equal measure. The third lever deals with the topic of product and service innovation, i.e., the services that telcos should include in their portfolio on their own initiative as a means of setting themselves apart from their competitors. The fourth lever represents the other side of the service coin and focuses on partnering and the development of possible ecosystems. The fifth lever, “Empowerment Wholesale,” underscores the importance of wholesale and wholebuy concepts for the cost-efficient realization of reach that is as global as it is local. The sixth lever emphasizes the importance of “customer centricity” to match or even surpass the so-called OTT players in this field as well. The seventh lever is concerned with creating the internal conditions for the realization of the necessary transformation processes.

What are the triggers of a second wave of digitalization?

This wave will be triggered by the rapid, indeed, accelerating technological development and decisive breakthroughs in many fields. The examples below refer to the progress in the following fields:

The rate of progress and the implementation of innovative solutions as well as the impact on daily life and business will increase significantly once again.

Another significant trigger of this second wave will be the changing needs of customers. The more the digitalization of personal lives and the economy spreads, the greater the actual and perceived vulnerability of people, companies, and systems in the event of system failures, criminal attacks, or misuse of data will be. While private individuals are still largely motivated by the desire for convenience and continue to display a certain carelessness with regard to the handling of personal data and security regulations as well as the protection of their privacy in the digital world, the criticality of security and protection of their digital systems has now become a very high priority for companies. In the future, governments and regulatory bodies will have to intensify their efforts concerning the issues of security and data protection. Two other customer needs will join the security aspect as the first and foremost concerns: individualization and contextuality. Customers expect offers tailored to their individual wishes and needs, their specific situation, and the related spatial context.

A third driver is the increasing sensitivity of society, business, and politics to the activities of the large digital corporations. The observable negative effects of their actions are too great to be ignored any longer. Accusations range from the monopolization of certain markets, the ethically dubious exploitation of legal tax loopholes, disinformation, or manipulation (hate speech, fake news, self-referential systems that create filters or opinion bubbles) to a lack of transparency and responsibility and unethical conduct to laxness in rectifying negligence in data protection issues to such serious allegations as the influencing of elections and bogus self-employment of employees or “co-workers.” These companies cannot simply externalize such negative effects; in the future, the political decision-making process will pay much greater heed to these allegations, and the result will be a tightening of legal requirements and regulation.

Protectionism and industrial policy versus globalization and free play of forces

In our opinion, the last major driver of a second wave of digitalization competition will be a consequence of the increasingly protectionist or industrial policy trends that major global economic blocs have displayed in recent years; at the moment, there are no indications that an end is imminent. Examples include the Trump administration’s “America First” program or the Chinese government initiative “China 2025.” Europe, too, has seen the launch of various initiatives with this objective by national governments or the EU Commission. Such initiatives are based essentially on the recognition that successfully managing digital risks and seizing the opportunities they present will determine the competitiveness and welfare of nations for future generations.

The telecommunications sector during the coronavirus pandemic

Click here to read the interview with Wolfgang Specht describing the current assessment of the telecommunications sector from the perspective of the capital market. 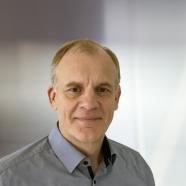 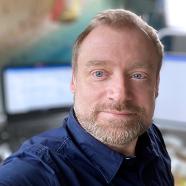