State of the Edge – Germany

Edge computing and its promise of enabling the next internet revolution is rapidly shaping the cloud landscape. Germany is no exception – an entire ecosystem is developing to bring the power of the cloud closer to the user. We examine strategies adopted by different players and its implications for industry at large.

The future of edge computing looks brighter than ever – according to some estimates the amount of data processed at the edge will explode, with up to 75% of enterprise data being created and processed outside the cloud from less than 20% today. Even if you take this number with a grain of salt, the fact remains–Edge computing has arrived and is a force to be reckoned with.

We begin with the infrastructure – one that combines connectivity and compute to offer low-latency, high-bandwidth compute capacity to power hungry, latency sensitive applications. Major network and cloud infrastructure players are jostling to dominate this space. Given the nascency of this evolving ecosystem, some players have hedged their bets with multiple initiatives. Deutsche Telekom for example has rolled out 5 edge locations within Germany within its Central Offices (CO) while simultaneously founding a separate entity MobiledgeX, to drive open edge deployment connecting developers to Telco edge networks. Vodafone has taken a markedly different tact, partnering with AWS to make its Edge product (AWS Wavelength) available over its 5G network in Europe. The ambitions of both operators are similar – build a robust infrastructure and make it easy for developers to harness the power of Edge. Telco’s are not the only players here – energy providers such as Vattenfall (who also own a communications network) are getting into the edge cloud services business, partnering with innovative data center firms such as Dresden based Cloud & Heat to both provide compute services while reusing the waste heat by diverting it to the local heating system. The primary hurdle here is the proverbial “chicken and the egg” dilemma. Operators are driven by quarterly earnings – hence are hesitant to spend to build out a robust nationwide infrastructure until there is sufficient demand for such edge native applications. Developers (and Device OEM’s) on the other hand are skeptical of building these applications until the underlying infrastructure is in place. It isn’t a coincidence then, that a renewed interest – both globally and in Germany has turned to the enterprise (e.g. MobiledgeX released a version of its software specifically geared to this environment).

The enterprise focus - edge in a factory

What makes the Enterprise edge so attractive to different players is the clear and present need. There is a concerted effort to automate and digitalize the factory floor across major industrial giants – from automotive (BMW, ZF, VW) to logistics (DHL, Dachser etc.) and many more. All this requires significant processing and analytics of the data close to the source, a perfect case for edge computing. While recent moves have been dominated by the large manufacturers, this is seen as just the start of a domino effect to other sectors. Recognizing the importance of Edge computing, organizations are being formed to streamline and align efforts across the industry.  The Edge Computing Consortium Europe (ECCE) is one such broad-based industry initiative launched with 18 vendors, including academic and industry heavyweights such as Fraunhofer FOKUS and Kuka. The stated aim entails creation of a reference architecture model, reference technology stack and recommendations of best practices. The success of initiatives such as this would play a catalyst role in accelerating the adoption and rollout of edge computing within the industry. The Hyperscale providers are also present – from fully managed offerings Microsoft Azure Stack and Amazon (Outpost) to hardware agnostic offerings by Google Anthos.

The winner here is clearly the end user – whether an enterprise or an individual. A richer ecosystem ensures that Edge computing, whether in the factory or in the network is easily accessible and affordable. It will in turn spur the creation of new class of Pervasive and Immersive (π) applications, changing the way we work and interact with the world around us. 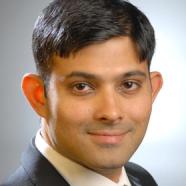