There are no alternatives to S/4HANA for SAP customers. But which path is the right one? And what target system have companies set their sights on? A move to the cloud? Or, as in the past, reliance on an on-premise solution? Detecon performs a self-test and advises SAP customers to take a two-track approach. 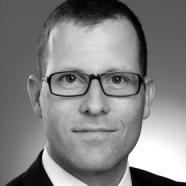 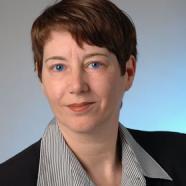 The latest figures from the German-language SAP User Group (DSAG) reveal that only ten percent of SAP’s regular customers want to move their core processes to the cloud. Many users are concerned that cloud systems no longer cover all business processes. And only 41% will have made the change to S/4HANA by 2025. Yet companies must devote more attention to complex tasks and build up their architecture of the future. The type of assistance they require here varies widely, however, according to the DSAG.

S/4HANA is not an update – it is a transformation

These results of a survey conducted among DSAG members in the autumn of 2018 reflect the uncertainty that remains widespread among SAP customers. While some SAP consultants and system partners declare that the complications of a transition to S/4HANA are definitely manageable, Detecon has taken the step of transferring its own SAP system in the direction of S/4HANA. Halfway through the project, one thing has become evident: just like all SAP projects in the past, the current system cannot be carried over simply by pressing a button this time, either. Since S/4HANA is not just an update of a new release, SAP customers should take advantage of the opportunity to assess carefully their processes. Only then should they make a decision for or against the cloud. It does not have to be an either/or choice, however. Large companies in particular may discover advantages in a two-track approach.

First the processes, then the technology

In any case, this should be clear to companies: The changeover to S/4HANA is first of all not a technical project because fundamental SAP features such as the in-memory data processing do not differ. Instead, the first priority is the analysis of key requirements and processes. This gives rise to the question of whether the things an SAP user has done in the past are really relevant. Do I perhaps need to modify my business model? Question my own processes? And this also means defining the business strategies for the coming years, calculating business cases, and determining on this basis the demands on a new system. Only then does it make sense to set up the road map.

One example: If a company is planning to utilize predictive maintenance solutions in the future, it must be clear what data will be collected and analyzed from what machines and equipment at what locations and during what periods of time. Until this has been determined, it is impossible to say whether SAP can provide the appropriate function in the cloud. One thing is certain: at this time, S/4HANA Cloud does not offer the same range of functions.

So SAP projects under S/4HANA also require individually tailored consulting services. With this difference: While the company’s own processes can be modeled almost at will when using on-premise solutions, S/4HANA in the cloud dictates what form the processes must take, forcing a rethinking of current processes. We often see that over the course of the years process monsters and IT systems have developed that are contrary to the desire for agility, power, and cost savings. Anyone maintaining the same processes as in the past must ask the question: Where will the added value for the changeover to S/4HANA come from?

Particularly companies with corporate group structures – whether midsize or large companies – fear they will not be able to benefit from the advantages of S/4HANA in the cloud because of existing complexity. This is contrary to the accelerating pace of the market. As a consequence of digitalization, even large companies cannot afford to take several years (as was possible in the past) to convert their IT systems.

Learning how to use speedboats for the transfer from S/4HANA

Over the course of its own S/4HANA project, Detecon learned how to define speedboats that for their part can be modeled easily in S/4HANA Cloud. On the other hand, it will at this time be almost impossible not to continue to maintain complex, customized projects on-premise. The cloud is a practical solution for standard processes that are virtually identical in every company. Such processes, for example, may be the intelligent reconciliation of accounts in finance or automated invoice recognition. In sales, logistics and order processing can be optimized using self-service components and catalog-based and plan-steered functions.

Other speedboats in large companies and corporate groups might be smaller subsidiaries that can be completely modeled in SAP S/4HANA. Such units have the chance to benefit quickly from the advantages of the cloud. In many areas, the markets are changing at such a fast pace and new competitors are entering the market and capturing revenues in such a short time that for these units to wait for the group as a whole to make the conversion can ruin their own business.

The final step in the transformation from SAP R/3 to S/4HANA need not be the marriage of the cloud components created for reasons of speed with the on-premise solution. Wherever necessary, data can be exchanged and merged in both directions via interfaces. So the digital core block can continue to run on-premise and be supplemented by the special processes with features pre-defined by the cloud.

Do you have any further questions about our SAP offerings?

Our experts are looking forward to your call