New Space Economy and Its Relevance for Network Operators

A serious competition or a welcome addition?

For some time now, the so-called new space economy has been stirring up plenty of excitement with its plans to launch hundreds or even thousands of satellites into orbit with the goal of providing worldwide connectivity and serving selected use cases that were previously reserved for network operators. Dr. Hans-Peter Petry, President of DeSK (German Center of Satellite Communication), explains the extent to which this will represent serious competition for network operators.

Detecon: Dr. Petry, what activities do you currently see in the fields of the new space economy and how do these activities differ from one another?

Dr. Petry: The global availability of a high-performance broadband infrastructure for fixed and mobile communications services is obviously a highly attractive field in general, not just in the event of emergencies or disasters. In the navigation sector, this has long been standard. Services such as globally available GPS are now taken for granted, and our digital world would be inconceivable without them.

Technical progress in recent years has made it possible for some time now to realize such services for bidirectional and even broadband communications. Constellations of low-orbit satellites, once a certain number of them are in place, are of particular importance because they enable broadband communications providing adequate system capacity and low latency.

It will come as no surprise to hear that tremendous efforts were launched some time ago to tackle this attractive market as early as possible and to secure an advantageous position. The protagonists of the so-called “new space economy” have not emerged from the classic field of satellite manufacturers and network operators; instead, they are without exception new players ranging in size from small startups such as Kepler, Clyde Space, Lynk, or SpaceMobile to global players such as SpaceX, O3b, OneWeb, Samsung, and Google. Many of these activities are already well known while others are still being kept under wraps. The list could be continued.

Common to all approaches we have seen so far is that they are proprietary solutions, a typical feature of “early adopters.” This entails risks, of course. The first failures – take OneWeb as an example – have been seen. The proprietary approaches lead to very different configurations ranging from several hundred satellites to several tens of thousands per constellation.

On what fields of business has the new space economy set its sights? Are these players content to provide infrastructure, or do they also perform services for certain end customers? And: is this the right way, or do we need to think further?

As there is such a variety of solutions, there are also many different focal points for application scenarios, from clear positioning for a specific service group – IoT, for instance – to the provision of service-independent “data pipes.” In my opinion, however, a real breakthrough cannot be achieved unless these new solutions are integrated seamlessly into existing and future networks.

Current and future devices can then be utilized for many use cases and the narrow focus on specific services will become irrelevant. Moreover, a natural competitive situation will cease to exist as the new satellite networks will supplement rather than compete with the existing network. Naturally, a focus on areas where satellite technology is indispensable such as maritime communications or aviation is still possible. However, experience indicates that such market segments are small.

In your opinion, which of these outlined activities have the highest level of maturity and are capable of penetrating or complementing the classic business fields of telcos?

The Starlink constellation of Elon Musk is certainly the most advanced of the familiar solutions. For one, it boasts a state-of-the-art, fully digital payload design; for another, Starlink benefits from its own carrier system (Space-X). Starlink has set new standards, particularly in terms of development time and costs. Elon Musk, however, regards his solution to be a complement to terrestrial networks and network operators, not a competitor. So he is probably open to the right kind of partnerships.

Focusing on a specific service group (Kepler, IoT) can lead to success as well. The required constellation is much smaller and less complex, the satellites are smaller and less costly, and operation over shorter periods of time is possible because IoT applications do not necessarily require continuous communication from the beginning. At the moment, we know too little about the envisaged solutions of other possible players such as Samsung, Microsoft, Google, or Facebook to make a meaningful statement here. I suspect that the remaining players will have an exceedingly difficult time.

One thing is certain: no satellite system can match the capacity of terrestrial networks. They will hardly be able to serve as a replacement. However, constellations can provide a higher level of coverage thanks to the better conditions of visibility. This is the solution to the problem: satellite systems can provide supplementary coverage in areas that terrestrial networks find difficult or impossible to serve. The required capacity can easily be determined.

What about the economics of operation? Are these alternative satellite-based infrastructures even capable of keeping up with terrestrial networks, whether mobile or fixed, in terms of the cost-benefit ratio or Efficiency?

The usual procedure for assessing profitability – offsetting potential revenues against the costs of development and operation – appears to me to be highly problematic or even impossible as an accurate prediction of the necessary market developments is virtually unachievable. Nevertheless, one statement is possible.

If we determine the dimensions for a typical configuration that will provide coverage of about five to ten percent of terrestrial networks (mobile communications) and compare this with the costs that would be necessary to achieve coverage close to 100 percent with a terrestrial solution, the constellation in Germany alone clearly has the upper hand. This is a consequence of the disproportionate rise in costs for terrestrial networks to achieve a high level of coverage.

This effect is true even of fourth-generation mobile networks and becomes more pronounced for 5G because the higher data rates in play here mean that higher carrier frequencies are also used, circumstances that do not alleviate the propagation problems. Much the same is true of fixed networks. Here, too, satellites can at least partially close the remaining gap. However, reasonable data rates must be provided. This is possible when devices have been properly dimensioned.

Which use cases are particularly promising in your view?

Apart from the example of IoT, I am critical of any focus on specific use cases. We must not forget: even though economically competitive, satellite systems – especially large constellations – consume considerable resources for development and operation. A certain period of time passes before the initial operational startup. So we are obviously speaking about major and far-reaching strategic decisions. Compatibility with terrestrial networks and the provision of the full range of services as a complement is the right way forward.

But another aspect seems equally important to me. Some future use cases tacitly assume complete network coverage in the background; without it, only limited functionality is possible. Autonomous transport systems are a good example of this. Local sensor technology and regional mobile networks can certainly cover many operating modes, but the achievable network coverage is inadequate to assure a consistently high safety level. Modern satellite systems can become the missing link in the chain. However, the required debate has yet to take place.

Such considerations can become an important driver.

What role does standardization play in this competitive environment? Is the integration of satellite technology in mobile network standardization not a conditio sine qua non for the economic success and attractiveness of specific use cases?

Integration into existing terrestrial networks, in particular for mobile applications, is indeed essential. All the projects currently in progress still have a lot of catching up to do. Naturally, this will also open up opportunities for market entrants at a later date. This issue has been recognized. Standardization activities were initiated in the 3GPP environment and have in the meantime reached a high standard; they give potential developers of more advanced systems planning security. In this context, it is advantageous that the satellite networks have a high degree of synergy with modern terrestrial solutions, especially 5G, in terms of function and equipment.

How does Europe compare with its international competitors? Are there any noteworthy initiatives here that can compete on equal terms with other players, especially those in America? What fundamental conditions need to be created in our part of the world?

In contrast, the required system activities are still in their infancy. Politicians, industry, network operators, and regulatory authorities must work together to drive this sector forward. Even more: this actually makes good sense only on a European scale. Considerable efforts are still needed to raise awareness of modern satellite technology and to recognize and appreciate its advantages.

At this time, initial studies as part of longer-term technology programs have begun within the European Space Agency (ESA). When I think about past projects of this kind and the time that passed before their completion, I do not expect any European solutions to be realized in the short term. The satellite technology sector regards the automotive industry with envy; the latter is undergoing similar paradigm shifts and was clearly far behind initially.

By making an enormous effort, however, it has been able to make up some of the deficit. We must continue to promote the advantages of satellite communications, and perhaps this interview will make a contribution.

Dr. Hans-Peter Petry is author of the Future Telco Series. You can find his contribution „5G and Satellites: A Viable Ecosystem?” here:  https://www.springer.com/de/book/9783319777238# 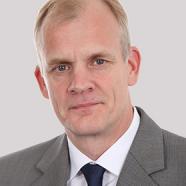