From Looking Back to Moving Forward

A year that could hardly have been any more self-contradictory is drawing to a close. On the one hand, there was the desire to be allowed to return to the “old normal”; on the other hand, we have the certainty that precisely the lack of this normality (in addition to all the constraints and restrictions) has brought about fundamental changes that were not previously thought possible on this scale.

Looking back, 2020 must be seen as a wake-up call to drive proactively change in society and the economy – from workplace design to education policy to climate protection. Digitalization played a key role in all the changes. Whereas in the past it was often regarded as an ambitious necessity that was doing little more than inching ahead, it suddenly found itself – more or less overnight – at the heart of social activity and one of the essential pre-conditions for its continuation. Nor will we see any profound change in this sense in 2021, albeit under different circumstances.

Investing in the future

Despite all the uncertainty that the last few months have brought us, there can be little doubt that digitalization and virtualization of the economy will – indeed, must – remain high on the agenda in the coming months. By and large, it was all we could do to treat the symptoms in 2020, and many sectors have yet to explore in depth the many ramifications of the subject.

The extent to which this digitalization thrust is vital continues to be vividly demonstrated by the disruption of supply chains and the weaknesses in automation that are plaguing the manufacturing and automotive industries. This requirement, however, is currently most evident in the health care system, which is operating close to its breaking point. No more than a few public health authorities are connected to the electronic reporting and information system. Laboratory findings and rate of infection figures are still transmitted mostly by fax, and data are transferred manually to the appropriate systems. But sectors such as banking and fintech, the insurance industry, and the public sector have fallen far behind as well. In many cases, digitalization is basically limited to the customer interfaces. The desirable approach, however, would be to start at this point and continue through to the back office with the digitalization of  processes, followed by a push for their integration into digital ecosystems. This guarantees improved data utilization and higher process efficiency.

Regrettably, most companies as well as public administration and health care have not yet installed the modern enterprise and IT architecture that would make this possible – and this will not be achieved in the blink of an eye. One of the obstacles here is financial in nature. The demand to digitalize at this particular time confronts more than a few (especially midsize) companies with a dilemma: they are already struggling with enormous financial constraints because of the crisis, but the only way to break free involves high investments. The compelling necessity to save money clashes with the inescapable challenge to exhaust financial resources so that they can ensure their own continued existence. This tests the resilience of many companies once again, but it is the prerequisite for emerging from the crisis in the long term. Another aspect of the digitalization backlog, and one that is far more important, is a matter of history. The majority of all market players, no matter what industry they are in, do not have an innate digital self-image. They were founded on classic business models, not as digital companies. Successful digitalization in 2021, more than ever before, must go beyond treating symptoms and focus on an organization’s understanding of itself, its mindset, and its leadership culture. In this sense, digital technologies initially play no more than a secondary role.

In 2020, digital solutions had one overriding goal: provide fast relief. And it was reassuring to see just how fast digitalization could actually progress. Nevertheless, long-term success in a company demands more than pragmatism and speed of implementation. In-depth expertise and extensive knowledge of digital deployment scenarios and their impact on the organization are indispensable. In other words, digitalization strategies must be closely accompanied by change management. Many have lost sight of this during the race to catch up that has been triggered by the coronavirus in recent months. In many cases, technology has been merely superimposed on existing processes. This may work as a quick fix, but it does not represent a digital transformation. Precisely this realization is where potential that must be exploited in 2021 lies dormant. If, in 2020, the crisis has succeeded in anchoring digitalization in public awareness as a necessity that can no longer be postponed, the task in 2021 is to achieve a sustainable approach to the opportunities it presents.

Companies that want to ensure sustainable success in their operations must think long-term and carefully consider their actions. This is true in general, naturally, but is especially critical for change projects that have in-depth impact on corporate structures and processes. Digitalization is no exception. Its implementation must demonstrate a clear awareness of the organizational realities and be supported by the decisiveness and pragmatism of all relevant players. No one should rush in without carefully considering the consequences. Blindly taking action for its own sake can be detrimental to the organization and carries the risk that the workforce will feel left behind. Preventing this from happening becomes one of the most important priorities during a digitalization campaign based on sustainability. Even now, the internal processes and structures of many companies cannot keep up with the rapidly changing requirements. There is no reason to expect a deceleration in this regard in 2021, so it will be all the more important to involve employees actively in the change process and to communicate the necessity for the changes transparently.

But even those companies that play a key role in making digitalization possible, the telcos, will have to tackle new, sometimes unexpected challenges.

While telecommunications providers and infrastructure operators have been among the winners of the crisis so far, they will have no choice but to continue investing in the future if they hope to satisfy successfully the constantly growing connectivity needs. For operators, this means pushing even harder to expand broadband service, both fixed and mobile, and driving forward the softwareization of the network to achieve greater flexibility in production and the provision of service. Carriers must create new incentives for customers by offering additional products and services that go beyond connectivity alone. Internal processes must be digitalized and departments such as sales and service must be shifted to the Internet using AI and big data so that potential for efficiency gains can be exploited. In a broader sense, it is about a clear positioning next to the classic hyperscalers with additive services such as low latency. The latter will not work without the softwareization.

But it cannot stop there. In their efforts to move ahead with the new, even faster 5G mobile standard, telcos may face tough and potentially costly decisions as early as 2021. The trade dispute between the USA and China could be a major setback to their ambitious plans for 5G and their desire for even faster and more mobile digitalization.

The Chinese company Huawei is the world’s largest supplier of 5G technology. This is fueling fears of espionage on the part of Beijing’s communist leadership and heightening the clamor from the USA to pass over the Chinese corporation during the 5G rollout in key nations. England has already made a decision to this effect. A clear decision by many Central European countries is still pending. And not without reason. Excluding Huawei technology could result in high costs for infrastructure operators because many networks already use the Chinese company’s technology. Viewed from this perspective, a precipitate switch to the European competitors Ericsson and Nokia is costly. Furthermore, the changeover will take time that we don’t have. To make matters worse, Huawei’s 5G technology is often more advanced than that of its competitors at this point. Replacing it would demand consideration of various scenarios ranging from a clean network (complete replacement) to a replacement of the critical elements on the data side such as core and packet network.

This situation becomes all the more complicated for telcos because they are not autonomous in making their decisions about this step; they must align with the political course taken by their respective governments. If Huawei’s 5G technology were to be excluded unilaterally, the best-case scenario would be a delay, although a significant one, in network expansion; at worst, however, the future global 5G network could devolve into two to three different technology standards, depending on the political course taken by the major powers of the USA, China, and Europe. A development in this direction would mean that everyone loses.

For all the uncertainty that the new year will bring, digitalization providers and their customers will have little time to stand still over the next twelve months.

Besides operating and further expanding the digital infrastructure, telcos will find themselves increasingly caught up in the tensions between the two extremes of technological hegemony and geopolitical power tactics in the new year. Companies and public institutions will have to continue prioritizing the ongoing advancement of a comprehensive digital agenda. I would like to take this opportunity to make the following recommendations for action in 2021:

Most importantly, be patient and demonstrate staying power. Digital transformation can’t be rushed. But it is coming!

This article was originally published on Linkedin.

Further publications on the topic 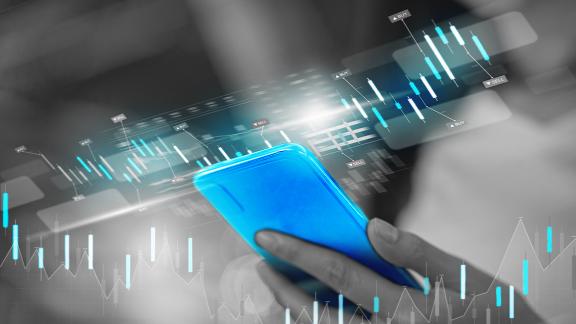 Data Data Data ... but how does a carrier benefit?

Many questions concerning the practical use of data remain unanswered. Nicolas Fröhlich describes some possible applications for carriers. 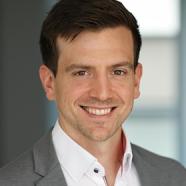 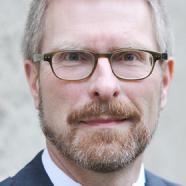 The white paper describes how value can be secured as environments evolve digitally through remote working or new IoT products.