From One Colleague to Another

At Daimler, the #COMRebels are known as “Talking Bears”

Joachim “Jogy” Blaschek is an innovation engineer at Daimler in Gaggenau and has been loyal to the automotive giant for 14 years, where he has served in various positions. Today, the certified merchant for computer science works in the division Powertrain Trucks and ensures an ever-smarter production chain by implementing innovations. He has never worked in corporate communications, and yet he is an active communicator today. Ann-Catrin Dornauer and Ingrid Blessing interviewed the career changer and #COMRebel and were impressed. 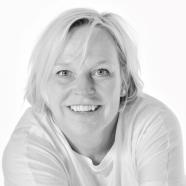 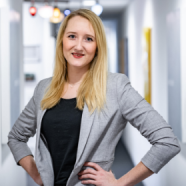 Jogy, what is a Talking Bear, and how did you become one?

The story of the Talking Bears began in 2013 when my colleague Cedric Götz and I were booked to talk about digital activities at Daimler during a manager event. What apps are available? How does my BlackBerry work? And all the other typical questions that were relevant at that time. During the event, we determined that there was a huge gap in information, and while relaxing over a beer or two after quitting time, we developed concepts for teaching employees and managers the required skills for marketplaces so that they could take tangible results with them and pass them on to others later. We wrote an article about our experience and placed it on the intranet of that time, and that brought us into contact with the headquarters in Stuttgart, the DigitalLife team, and the topic employee networking.

So the two of you became involved in activities beyond the borders of your own plant?

That’s right. And then, in October 2015, the role of the Talking Bears changed. We no longer explained how to use apps or change the settings on an iPhone, but answered questions. Why is it so important that I become part of a network, that my work becomes visible, that I attract more attention as a person? And why is it so important to share knowledge? A few months later, the beta version of the Social Intranet was introduced, and we signed up as pilot users. That was the real breakthrough.

Did you run into any resistance at the beginning when you simply jumped right in? For instance, from the corporate communications department, which basically has the job of explaining things?

No, not so much from the communications department, because we didn’t claim to be communicators, but the idea of “sharing is caring,” i.e., the ongoing sharing of knowledge, was new and unfamiliar to some of the colleagues.

So your role became established when the Social Intranet was introduced?

Right. Now we had a platform where we could post our talks, share short articles and photos, and encourage colleagues to tell stories from their everyday lives, pass on their knowledge, and network with others.

Not everyone is a born storyteller. What turned you and your colleague in particular into Talking Bears? What do you guys have that others do not?

We simply told stories from our everyday experience, completely off the cuff and without thinking about them a lot. I think we were fascinated by the new forms of communication and collaboration. We wanted to share this enthusiasm and embolden others to go along with the changes and to seize the opportunities as well. We were sometimes uncertain about whether we were doing the right thing, but we constantly boosted each other’s spirits and simply kept going.

How did you shed your uncertainties?

First and foremost, in our dialogs with others. Through online comments, personal discussions, and just by trying things out. For example, we noticed as time passed that short articles prompted a higher response than long ones, that sharing of presentations was well received, and much more. We also learned from the feedback we received from our communications professionals.

Do you believe that this type of join-in communication is the wave of the future, at least in internal communications?

As I see it, communication takes place in many different ways. One variant may be translators such as the Talking Bears or the so-called local communicators. Such people are perhaps not professionals when it comes to writing texts, but they reach their own communities because they speak the same language and enjoy the trust of these groups.

At the moment, you are doing two jobs at once. How do you juggle the two roles successfully?

I don’t necessarily see the Talking Bear as an additional job. It is more a supplementary topic, another skill, so to speak, that I have discovered I have. It is wonderful that I can integrate this keen interest into my work at Daimler. Sometimes I sit at my desk in the evening and work on an article I want to pound out quickly. But that is all because the topic is important to me. Basically, the managers want me to continue my activities as a Talking Bear within the scope of my job as an innovation engineer. They quickly noticed that our first hesitant steps – presenting a couple of apps to employees – were successful. In the meantime, we have the freedom and capacity for our work as Talking Bears, e.g., to give talks on town halls. The managers have been proud of our achievements right from the beginning and immediately understood that there was added value for Daimler here; the flexibility from mobile working at Daimler is also a help.

What digital content formats do you see at the forefront in internal communications?

The major problem in many companies is that an unbelievable number of things are done, but the content does not find its way to all the colleagues, which is completely normal. And the ones that have information do not share it so that it becomes accessible to others as well. So we asked ourselves what medium in use today is most suitable for sharing information. That used to be an article in a newspaper. Then it was an RSS feed, then audio files or podcasts, and now it is video formats. We have jumped on this bandwagon ourselves because audio-visual content is most widely accepted and quickly shared, especially in employee communications, an effect that can have an extremely positive impact on the reach of information in the company. That is why we are planning various Talking Bear videos in snack format at the moment.

Do we even need a central communications department in the age of the Talking Bears?

I think that the communications department always acts as the initial door-opener for topics. When something new or a change comes around, it is initially transferred by the traditional corporate communications department and placed at specific positions. We have seen that this often sparks a discussion on these topics. As a rule, this happens at the lowest level at which employees have questions. I can imagine Talking Bears or local communicators who have been briefed by the communications department and who go into group discussions where they answer employees’ questions directly. We, the Talking Bears, would then be the extended arm of the communications department in the company. Since our communications in this day and age are so fast paced, it is becoming increasingly important to establish nodes of this type in the company. So I believe that centrally managed internal communications will still be required because this department sits right at the source of the information and can also guarantee the correctness of any statements. It would then be the task of the local communicators to break down this information and to disseminate it in an understandable form that is appropriate to the target groups. So there is a kind of “translator” at every point along the communications chain who passes on information as appropriate for the target group in the specific community. Otherwise, the information will not flow to the places where it belongs. This also prevents the so-called “Telephone” phenomenon and often takes the extreme emotions out of the discussion. This also entails, of course, accepting and taking seriously bottom-up feedback.

How does the Social Intranet help to support your type of communication?

It is an absolute accelerator! I am really delighted that, after 17 years, Daimler made the decision to replace the old Intranet with the new Social Intranet. On Switch Day – the day when the Social Intranet became the browser home page for all Daimler employees – my phone never stopped ringing for a minute. One day later, I gave a talk on the Social Intranet which, among other things, was definitely aimed at calming the emotional level of the discussions. We can counter critical feedback with the help of formats like this. And, of course, we evolve personally when we have the opportunity to master situations like this.

So you also grow personally through your responsibility?

Beyond a doubt! “Start with you!” If you want to change something, you have to start with yourself. We recognized the sense, the purpose of our work as Talking Bears. We wanted to be the ones who encourage others to present their stories on a stage as well. I have had some really great experiences with people who were previous extremely reserved, yet who developed unbelievable ideas thanks to agile working methods, new formats of employee participation, and transparent communications. A tremendous potential that a company should exploit as completely as possible! And in this kind of culture, we Talking Bears are developing more and more from communicators only to coaches. A great journey – to the benefit of all.

Jogy, we wish you and your colleagues all the best on this journey. But we still have to ask our obligatory final question: What two apps does the communicator of today absolutely need for his or her work?

Oh, I don’t think I have much to offer here that would be new. Could I instead make two book recommendations? Then I suggest the following for your reading pleasure:

In the age of digital change, corporate communication is no longer what it used to be, either: familiar ways of disseminating information are becoming less important, smooth corporate news can no longer get through, and the 'everyone with everyone dialogue via social media and communities is causing traditional communication teams to lose control over the dissemination of the message. On the other hand, chatbots and artificial intelligence provide completely new access to the needs of customers, employees and applicants, but they also bring about fundamental technical and cultural changes. Long live #FutureCOM.

What does it look like now, the (digitized) corporate communication of the future? How, where and by whom will the exchange of information take place? And how do we shape the interaction between man and machine?

We are looking for answers...

... and talk to the #COMRebels, the courageous, young, wild, digital and experimental representatives of a species whose work plays a key role in transforming your business into a successful player in the digital age

You are looking for Communications Expertise?

This is our Future Communications consulting portfolio