5G as Part of Digitalization Strategy for Industrial Enterprises

Results of the Detecon Market Survey on Campus Networks

Cologne, 18 September 2019 – Industrial companies consider 5G to be an important building block for digitalization and a key factor during the realization of Industry 4.0. Greater flexibility, efficiency, and, above all, outstanding reliability of interconnectivity are cited as key motives for using 5G in their own business and production processes. These are the results of the qualitative survey “5G Campus Networks in Industry” for which the management consultancy Detecon and the University of Regensburg surveyed fifteen company representatives and industry experts from sectors such as automotive, mechanical engineering, and network technology between March and May 2019.

Companies will be given the opportunity to build their own 5G networks. In the second half of 2019, the Federal Network Agency aims to provide local 5G frequencies in the range between 3,700 MHz and 3,800 MHz to companies wishing to set up networks for local applications on their own premises (campus). For the first time, cellular mobile service will be available in autonomous and tailored private networks for use by industries instead of being restricted to offers from mobile service providers operating nationwide in public networks.

The surveyed experts are optimistic that users will benefit from a 5G corporate network, especially in view of the close interconnectivity between machines that will ensure ultra-fast and secure data exchange in production areas and on factory floors. The result will be a significant boost in productivity – e.g., from rapid adaptation of production processes and improved cost efficiency because the higher degree of automation will lead to a reduction in operating costs and other factors. For instance, components could in future be delivered from the warehouse to the production line by so-called “automated guided vehicles” (AGV).

In addition to the new performance features such as speeds that are ten times faster than that of LTE and latency of less than ten milliseconds that enables real-time applications, especially the extremely high reliability of the networks is the decisive argument that will convince future industrial users of the benefits of 5G. “If highly sensitive networks do not operate at a high level of reliability, the advantages of other features such as low latency times cannot be realized at all,” explained Jörg Borowski, Managing Partner and 5G expert at Detecon. Networking technologies in use today, in contrast, have always had limitations such as the lack of mobility of wired connections via LAN or the limited number of devices that can be connected as well as the susceptibility of Wi-Fi to interference. “5G, on the other hand, has been designed to operate networks stably and reliably, overcoming the familiar limitations of legacy technologies,” said Borowski.

As far as concrete applications of the future are concerned, the survey reveals that the manufacturing industry is discussing first and foremost applications in which the focus is on a custom solution that is specifically integrated into the company. Most frequently mentioned:

“No company will want to implement 5G for one single use case. Without a significant number of deployment scenarios, profitability will be beyond reach,” said one of the experts surveyed in the survey. “The business case will turn green when a bundle of innovative use cases joins the ability to replace existing legacy technologies for networking in the future,” emphasized Jörg Borowski of Detecon. The consolidation of various network technologies such as LoRa, Wi-Fi, Tetra, and 4G on a 5G network will open the door to the leveraging of extensive synergies.

Paths to the realization of 5G

Initial prototypes for the construction and operation of 5G networks are already being realized. The operation of most of the applications that can be converted to the 5G spectrum on short notice is currently still covered by the use of Wi-Fi and LAN, or they use available 4G frequencies.

When it comes to the introduction of 5G technology, the surveyed industrial companies turn out to be at vastly different stages of preparation. Some plan to jump to 5G without ever having used intermediate technologies such as LTE while others plan to use bridging technologies during a transition, but do not yet know which ones. Most of the surveyed companies have yet to create a detailed roadmap for the use of 5G.

5G allows companies to implement their own networks with their own frequencies. This raises the question of whether they want to set up and operate the campus network themselves or whether a partner such as an experienced mobile service provider should take on these tasks.

The respondents to the survey believe this question will be resolved by an unlimited variety of combinations. SMEs will tend to need support from different players and will therefore be more reliant on the formation of strategic alliances, especially during the early stages. Large companies with their greater resources are more likely to build and operate their own campus networks themselves. In the course of the interviews, however, the majority of industry representatives stated that they would prefer to focus on their core competencies and will seek strong partnerships. Their deliberations are based on the presumed lack of clarity about costs and risks as well as the acknowledged competence advantage of the mobile service providers.

“Some respondents explicitly stated that they would welcome proactive offers of managed services from mobile service providers. We see here a change in the way some industrial companies think. A number of companies are now abandoning the idea of setting up campus networks on their own and are instead more interested in finding partnerships and ecosystem solutions,” stressed Jörg Borowski of Detecon. However, the mobile service providers’ offerings must then be flexible enough to meet the requirements of the companies, and the implementation times should be short.

Detecon has designed a so-called 5G health check, available immediately, that will assist companies in obtaining optimal benefits from the use of 5G. Against the backdrop of the uncertainties and manifold options on a market that is still so very young, Detecon provides a structured analysis that gives users orientation and offers recommendations for action.

All activities are based on a holistic approach; Detecon not only aids in identifying meaningful use cases and clearly presenting their benefits, but also offers concrete instructions for possible technical implementation based on a detailed analysis of existing infrastructure. An assessment of possible operator models follows. A business case as a foundation for implementation decisions rounds off the analyses. The result is a target vision and a road map into the 5G world. Competitive advantages on the way to digitalization can be realized and bad decisions are avoided.

“During an iterative workshop approach, we help clients to identify, bundle, and prioritize the most relevant use cases on their campus,” explained Jörg Borowski. “Companies benefit from a sound transformation strategy, reliable connectivity, and clear added value as a player in the 5G ecosystem.”

Further information about 5G and Detecon 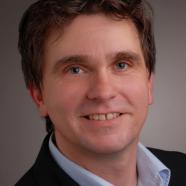