If They Monetize More Than Just Connectivity

The Internet of Things has many game-changing use cases, which will be enabled by new connectivity standards such as Narrowband IoT, LTE-M, and 5G. However, what is the right strategy for Carriers to monetize them? In the following, the unique position of the Telco within the IoT ecosystem will be evaluated and why Telcos must utilize it.

There are two aspects, which must be taken into consideration, when finding ways to monetize the IoT opportunity as a Telco:

The first aspect is generating revenues with “typical” Telco business, which is selling pure connectivity. This is feasible, especially when considering the massive IoT use cases not feasible before, which new connectivity technologies have the potential to unlock.

In order to obtain a sustainable business model, acquiring scale and offering the most competitive prices only is not enough and leads to unwanted price erosion and churn from the existing M2M Portfolio. Other models are necessary to generate revenue beyond connectivity. This is why a second source of monetization needs to be considered. In the following, the focus will be on how Telcos can build up a comprehensive offering with additional services.

Here, it is important for Telcos to utilize and build powerful ecosystems in order to grasp the full benefits of the IoT potential. The ecosystem in IoT is closely connected to a layer architecture, as illustrated in figure 1:

At the very beginning, there is the sensor, which may measure different data, e.g. temperature, moisture, and light. The data is then sent via a communication module to the communication network. Within the layer architecture, horizontals (e.g. cloud platforms, application platforms) and verticals (e.g. Smart City) and the actual application for the end user can be built upon connectivity:

In the past, the communication network has been the core domain of the Telcos. They therefore find themselves at the very center of that ecosystem. They have interactions and ties with all the other players, regardless if it is the module provider, partner from the cloud layer or even the end user device and application. The latter is the most important one, when it comes to monetization of an additional offering.

This position offers Telco operators a great chance to generate revenues beyond connectivity and cover a larger part of the value chain. Depending on the individual market position and size, operators can follow different strategies, which will be discussed in the following:

The first strategy is to focus on selected verticals, such as Smart Cities, logistics, or utilities. The needs of the end customer in each vertical can be very different and by building expertise in that area, Telcos have the opportunity to become a trusted partner for their clients advising and offering not only connectivity but also end-to-end solutions. The decision on which verticals to focus on depends on various factors. Often Telcos already have a certain knowledge in some use cases and verticals such as Smart Home, which gives them a natural advantage. More important though is the individual market and client structure, deciding on the commercial potential and access to the relevant players.

The second strategy is to not only focus on one vertical, but build up and become the leader of a powerful ecosystem. The operator uses its central position within the ecosystem, having various partners to deliver end-to-end solutions. Partners can be everything between a start-up and powerful, experienced corporations, who have been leaders in their industries for decades. Every partner may provide different advantages. For example, the development cycles of start-ups and thereby the time from a “sketch” to an actual solution is often shorter than the ones a large Telco usually can provide. The advantage here is that the Telco and the start-up can gain early experiences with a fresh technology. However, it is also important to have experienced, industry-leading corporations aboard, as this is most important to understand the needs of the specific industries and their expectations towards this new technology.

The second strategy is a very demanding strategy for rather larger Telcos being active on more than one market, with a certain amount of power to attract the best partners and deliver end-to-end solutions for various verticals and customers.

In Europe, for example, we have seen Deutsche Telekom and Vodafone (NB-IoT Prototyping Hub, Warp NB-IoT of Deutsche Telekom and NB-IoT Open Lab from Vodafone) following this strategy with both being very active in accelerating the market introduction of NB-IoT, LTE-M, and 5G by building and expanding ecosystems including experts, technology partners and solution providers. For Telcos, the approach of bridging makers and markets during the network developing process is still quite new, but very promising. On the technology side, the early involvement of the solution partners and the mutual development of prototypes generates insights the operators would usually only be able to identify after the actual go live. This results in a smoother roll out with less uncertainty and more expertise and ability to respond to client’s questions after the go live.

Regardless which strategy a Telco provider follows, the evolvement of Internet of Things applications offers an additional and promising opportunity. A powerful example here is the evolvement of standardized LPWA technologies: 3GPP has completed the standardization of Narrowband IoT in 2016 (3GPP: Standardization of NB-IoT completed) which initiated and fueled the NB-IoT ecosystem. Since then a new market has emerged with module manufacturer developing the first products and end solution providers moving to NB-IoT connections. The Telcos, again, at the very center of that development, are playing an essential part with developing the new network. As a consequence of that they had and still have a unique chance to not only help shape the market but really lead it. By this, they become an orchestrator of the new ecosystem.

However, Telcos must not rely on their powerful position within ecosystem, which is also a result of past developments. This is especially true when competitors from outside the industry increasingly challenge new ecosystems. In this setting, Telcos must push forward and defend their valuable position in order to be successful. 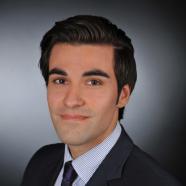